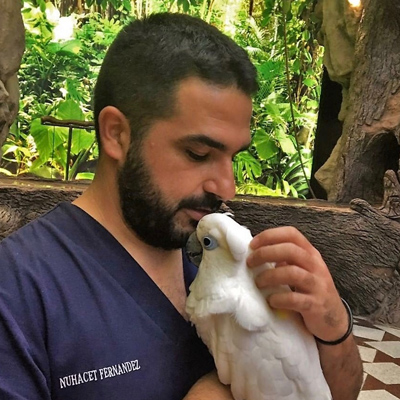 Tucked away in the Canary Islands is a wildlife park that is fast becoming the most visited park on earth. For the past 2 years running, Loro Parque has been voted “The World’s Best Zoo” by subscribers of Trip Advisor, echoing the highest possible accreditations of animal welfare, conservation and environmental bodies across the globe. Go behind the scenes to meet the animals and the keepers and doctors who love and care for them.   Distributed in cooperation with Greenhills Media. 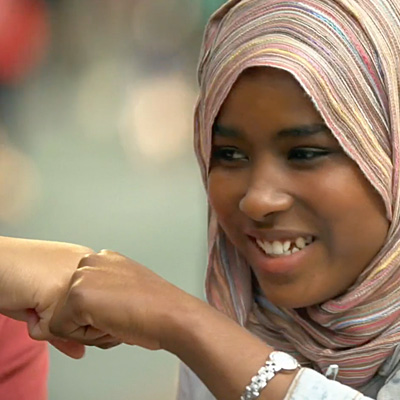 Social tolerance meets cultural diversity as a group of conflicted young people from migrant backgrounds face the ultimate challenge of trying to be true to themselves while conforming to the expectations of their parents and communities.  Their life-changing journeys have pushed the young people to their emotional limits and caused them to question their place in the world. Distributed in cooperation with Network Ireland Television.

A City at War: Chicago

This award-winning documentary showcases how Chicago answered President Franklin D. Roosevelt’s call to become “an arsenal of democracy” and to start producing war material to help defeat Germany, Japan and Italy.  The whole populace came together and city was turned into important production center during WWII. Narrated by Bill Kurtis, the documentary also explores how the relationship between President Roosevelt and Chicago Mayor Ed Kelly helped win the war.

The incredible true story of Ireland’s Dr. Aidan MacCarthy, who survived some of the most harrowing experiences of World War II – evacuation from Dunkirk then almost four years of POW captivity and surviving the atomic bombing of Nagasaki. 70 years later, his daughter travels to Japan in search of the mysterious donor of a Japanese Samurai sword which her father had brought back with him after the war. Distributed in cooperation with Network Ireland Television.

Eastland: The Shipwreck that Shook America 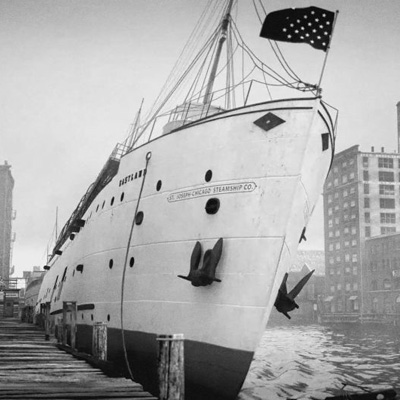 Hundreds of immigrant factory workers and their families boarded the steamship Eastland for a leisurely summer cruise on the Chicago River, unsuspecting of its history of near-capsizings. EASTLAND combines story lines of immigrant exploitation, greed, corruption, a cover-up, and 844 casualties in one of America’s worst maritime tragedies.

The Florida Keys is an environmental masterpiece located at the Southeastern tip of the United States and home to a myriad of delicate ecosystems.  Visitors from all over the globe come to dive its coral reefs, fish its turquoise waters and connect with its beautiful harmony between land and sea.  Discover how visitors and locals alike are working together to protect and conserve this unique environment for generations to come. 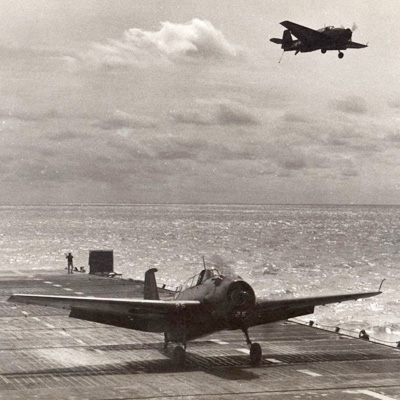 The award-winning doc tells the fascinating story about a little-known US Navy program that, in response to the attack on Pearl Harbor, recruited and trained 15,000 aircraft carrier pilots on Lake Michigan. The pilots were then shipped out to the war in the Pacific to help defeat the Japanese.   As a result of the Midwest’s challenging wind and weather, as well as the inexperience of some of the pilots, more than 100 WWII fighter planes went to the bottom of Lake Michigan.  Narrated by Bill Kurtis, the documentary also shows recovery and restoration of three rare warbirds.

Music is a part of almost everything in our lives from soothing babies, to singing in the shower, to romancing a mate, to celebrations and rituals. What triggers our response to music? This compelling documentary seeks to provide answers to why we sing and the powerful effect music has on our brains and bodies. Distributed in cooperation with Network Ireland Television.

Mark Chapman, the man who killed the iconic founder of The Beatles in 1980 is remembered as one of the most notorious killers of the 20th century.  Why did this middle class young man who idolized The Beatles kill his hero? The assassination of John Lennon is chillingly recreated through reconstructions and Chapman’s actual taped voice. Additional interviews also shed light on the twisted personality and psychosis that caused Mark Chapman to kill John Lennon. Distributed in cooperation with Network Ireland Television.

Mexico’s Yucatán peninsula has a rich history dating back to 1500 BC. Remnants of the Mayan civilization remain. But, the smaller, less visual treasures – the traditions practiced by the most important assets of this land – its people, have all but disappeared.  Living Treasures of the Yucatán tells the personal stories of men and women who work at jobs unchanged from years ago.  Jobs which, in some cases, will disappear when these last few practitioners are no longer with us. Available in English and Neutral Spanish.

Lost & Found: The Search for the USS Lagarto 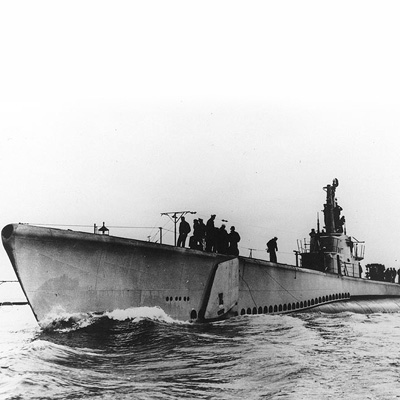 A fierce WWII battle at sea, unreported for more than 60 years, is revealed at the bottom of the Gulf of Thailand in underwater video.  There lay the US submarine Lagarto and the remains of her 86 crewmen.  Learn how their husbands’ and fathers’ disappearance shaped family members lives. See how wreck divers helped solve the mystery behind the discovery of the first sunken US submarine from WWII to be found since the war in this award winning doc.

July 31, 1715:  A fleet of 11 Spanish galleons set sail for Spain from Havana, Cuba, loaded with untold riches of silver, gold and jewels.  A few days into their voyage, the entire fleet sank off the coast of Florida due to the fury of a massive hurricane. Six galleons have been found. The treasures from the remaining five have been lying scattered along the ocean floor waiting to be discovered. Join us for this modern day treasure hunt as a team of explorers receive the ultimate payoff.

Almost 55% of marriages are arranged. Take a unique look into the age-old tradition of spouses being chosen by parents and see how couples tie the knot in elaborate and extravagant marriage ceremonies and festivities. Set in New Zealand, a melting pot of immigrants and diverse cultures from around the world. Distributed in cooperation with Network Ireland Television. 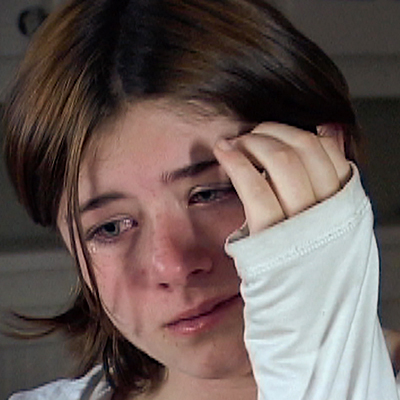 Provides an often emotionally raw look into the lives of a diverse group of children as they transition from the innocence of childhood, through the turbulence of adolescence and emerge as young adults.  Through yearly candid interviews over a course of 14 years, Millennials echoes in real life what the Oscar nominated film Boyhood has done in fiction. Distributed in cooperation with Network Ireland Television.

The home in which the beloved classic novel Little Women was set and where the book’s author, Louisa May Alcott lived, is a living museum with a soul that touches those who walk through the door. The epicenter of great American literary traditions, the home and its traditions are vital to the preservation of American history. The inspiring documentary combines archival photographs, excerpts from the family’s personal papers and interviews with photographer Annie Leibowitz and others. Distributed in cooperation with Network Ireland Television.

Insightful and funny, experience an honest, open chat over a round of golf with two of the world’s most recognizable people. Rock legend Alice Cooper takes us on a journey of his life, discussing his battles with alcoholism, golf and snake bites. Just before he announced his run for presidency, Donald Trump explains his modus operandi of life offering viewers a window into how he operates and thinks.

In 1940’s wartime Britain, Ace Brenan “Paddy” Finucane became the youngest wing commander in the history of the Royal Air Force.  His exploits became famous as far afield as America and Australia as the handsome 21 year old war icon became a symbol of hope and pride.  In his meteoric but brief career, Paddy was celebrated as one of the top Fighter Ace Pilots of World War II.  Distributed in cooperation with Network Ireland Television.

What in the World?

This hard-hitting series focuses on the downside of globalization and the denial of human rights in certain areas of the world such as Latin America, Asia, Africa, and the USA.  Moving stories are told from the eyes of the locals who live through the violations. Distributed in cooperation with Network Ireland Television. 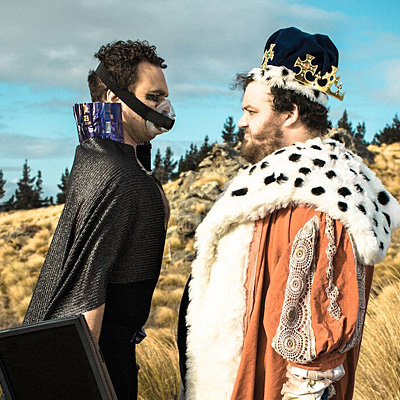 A comedic documentary about an ex-professional kiwi wrestler who undergoes gastric sleeve surgery and his filmmaker best friend who insists on capturing the dramatic journey. Wilbur is a story about rebirth – physical transformation, emotional excavation, and the harrowing process of redefining one’s own existence – told in a way that doesn’t sugarcoat reality. Distributed in cooperation with Network Ireland Television.

A City at War: Chicago

Eastland: The Shipwreck that Shook America

Lost & Found: The Search for the USS Lagarto

What In The World?